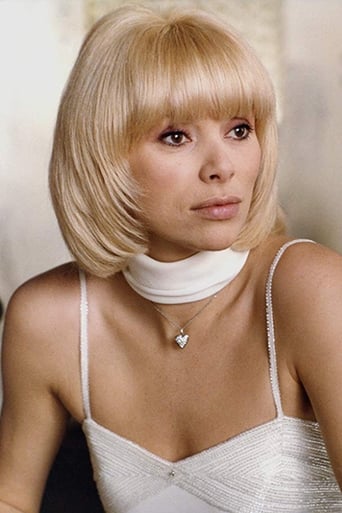 Mireille Darc, who was born in 1938, was often compared to Brigitte Bardot. Her film career began in 1960 and she went on to make about 50 movies, including 1964’s Dandelion By The Roots which kicked off her work with Lautner. The pair would go on to make more than a dozen films together including The Great Spy Chase and 1967’s La Grande Sauterelle whose title also became her nickname. She is perhaps most closely associated with Yves Robert’s 1972 comedy Le Grand Blond Avec Une Chaussure Noire in which she sported a now mythic backless dress. The movie was remade in English as The Man With One Red Shoe in 1985 and starring Tom Hanks. Darc worked with Delon in such films as Jeff, L’Homme Pressé, Les Bons Vivants and Borsalino. The two were romantically involved for many years and reunited on stage in a 2007 Paris theater production of The Bridges Of Madison County. Other directors she worked with included Edouard Molinaro, Jacques Deray, Roger Vadim and Jean-Luc Godard. Darc took a break from film acting in the 1990s, working in several television series through the early 2000s. She also directed numerous documentaries for television.